LASER TREATMENTS 101: EVERYTHING YOU NEED TO KNOW

It’s extremely bothersome to have unwanted hair in unwanted places. Even those of us who have darker hair on our arms or legs, or stubborn hair under the armpits, wish desperately that it could be gone and for good. According to a research article published in the Dermatologic Therapy journal, laser hair removal is the most commonly asked for cosmetic procedure. That means, the majority of us wish we were or have already undergone laser therapy to become hair free. Though it’s the most common treatment, the laser is branching out to handle a whole lot of offer responsibilities too. From, resurfacing the skin to removing scar tissue, the laser frontier is immense. They are even being used to treat psoriasis and toe-nail fungus! Let’s examine what laser treatments are available and how they can work for you.

THE ORIGIN OF THE LASER LIGHT

The laser, also known as Light Amplification by Stimulated Emission of Radiation, was first thought of by Einstein but actually invented by a man named Theodore H. Maiman in the 60s. The idea is that high energy flashes of intense light be used for many different purposes as long as the physics of the process are understood and used properly. Scientists consistently study the wavelength, frequency and energy of the light lasers to understand the best way to use them. The work in this area is continuing with hopes it will get even stronger in the future (Real lightsabers, anyone?). Using lasers for hair removal has become understood, popular and considered safe and effective during this last decade especially. Treatment is quick and can leave permanent results. In today’s ever-changing beauty globe, laser lights are used for the treatment of acne scars, for the removal of tattoos, to treat varicose veins and broken blood vessels, to minimize age spots and to rejuvenate the skin, in addition to the ever-popular laser hair removal.

THE 411 ON LASER HAIR REMOVAL

When it comes to removing hair using a laser light, pulses of highly concentrated light are emitted onto the hair follicle. When the skin pigment in the follicles absorbs the light, the hair is then destroyed. To permanently destroy the hair, the light must reach the hair root which is the hair inside the hair follicle, which is made up of three distinct areas which the laser light must pass through. The easiest hair to treat is darker hair on lighter skinned individuals, it’s much harder to treat lighter hair on darker skinned individuals. And game-changer—To date, if the hair is lighter than the skin of the epidermis, current lasers have no way of destroying the hair. For hair that can be treated, the laser needs to reach down deep into the bulb to get the melanin. Hair that is coarse will take longer time of pulses than hair that is fine.

So what does all of that mean when you visit your doctor’s office for an appointment? For basic hair, laser hair removal for your arms, legs, bikini line, upper lip or armpits, your doctor will use the laser in a line-like motion to burn away the hair in the follicle. Depending on the amount of hair you’re treating, treatment should last around half an hour. You’ll feel a pringly, warm sensation that can range depending on your pain tolerance. Because hair grows in a cycle, with some hairs remaining dormant inside the hair follicle and some reaching a phase where they fall out, you’ll have to have on average around six sessions to encompass the entire cycle. These sessions are usually spaced out about a month apart. Once your sessions are complete, though, you’ll be feeling fearless and hair-free!

GETTING TO KNOW THE CO2/ERBIUM LASER

If you had acne that left behind scarring or have scars from an accident, you might have heard of laser resurfacing as an option for smoothing out the skin. You may have also heard about using a CO2 or Erbium (also, called YAG) Laser to treat them and get great results. The lasers are actually two separate lasers but have also been used as a combination (fractional resurfacing) to also provide exciting results. The CO2 laser is ablative resurfacing option which means light beams are used to create little holes in the epidermis to promote the production of collagen as a way to smooth out the skin. Recovery may include redness and scabbing and around two weeks or so for your skin to return to normal. Though more invasive, there’s usually a much bigger gain. The Erbium laser is a non-ablative laser which means it doesn’t break the skin when resurfacing. You can expect redness and irritation and a quicker recovery (You can usually return right to work!) but you may need multiple treatments to get your exact desired result.

Fractional resurfacing combines both of these techniques, ablative and non-ablative, to penetrate deep within the skin without breaking the skin. So, you essentially get the results of an ablative procedure with the downtime of a non-ablative procedure. The Fraxel laser (as it’s been coined per its flagship company) uses thousands of microscopic light beams to make tiny holes in the skin. These microscopic holes are so tiny, they actually don’t break the surrounding tissue. With this fractional resurfacing, there will be multiple treatments required to ensure that new tissue is replaced with collagen and elastin, the building blocks of smoother skin. The procedures usually take place every 7 to 21 days, spread out over 4 to 6 treatments. You can also expect a great gain with fractional resurfacing just as you would with an ablative laser. Due to the lessening of symptoms, fractional resurfacing has been constantly on the rise.

UNDERSTANDING THE PICOSURE LASER AND ITS BENEFITS

There is one laser that’s making waves with its big benefits and lack of downtime and well, lack of burning heat really. The PicoSure Laser is an alternative treatment to lasers of yore. Known as an aesthetic laser, it doesn’t only rely on heat to burn away scars or tattoos. Instead, it uses built-up energy that sends out particles essentially shattering the pigments of color, like in skin damage or the ink from tattoos. It also uses gentle pressure to help the skin cell communicate it’s needs for rejuvenation, a process known as cell signaling. The procedure works on tattoo removal, wrinkles, acne scars and pigment-like freckles, sunspots and discoloration. The process of converting energy into pressure does not burn or damage the skin. The treatment lasts about 10 to 15 minutes and in 24 hours your skin will return to normal, only new and improved. It’s an exciting new treatment that’s on the horizon and can boost big benefits for the future of laser treatments.

When it comes to selecting a laser treatment that’s right for you, you should consult your dermatologist for the best treatment for your specific case. Whether going in to get rid of that mistake of a tattoo from Spring Break 1992 or after finally deciding to treat yourself to a hairless future, laser treatments are safe and effective when performed by a licensed dermatologist. Your doctor has been trained on the correct procedure for using the laser to give you the exact benefits you need. When it comes to treating acne scars that have bothered you for years or age spots, hyperpigmentation or varicose veins, you want to make sure that you seek out a professional that will give you the best care possible. You also want to be very careful when it comes to at-home laser treatments, something that recently came on the market. The risk of over lasering certain spots can lead to hyperpigmentation or worse. Overall, laser treatments are innovative and exciting option to explore, and thanks to the wonder of modern medical marvels, you may get the results you seek without breaking your skin in just enough time to be back in the office by the next day. 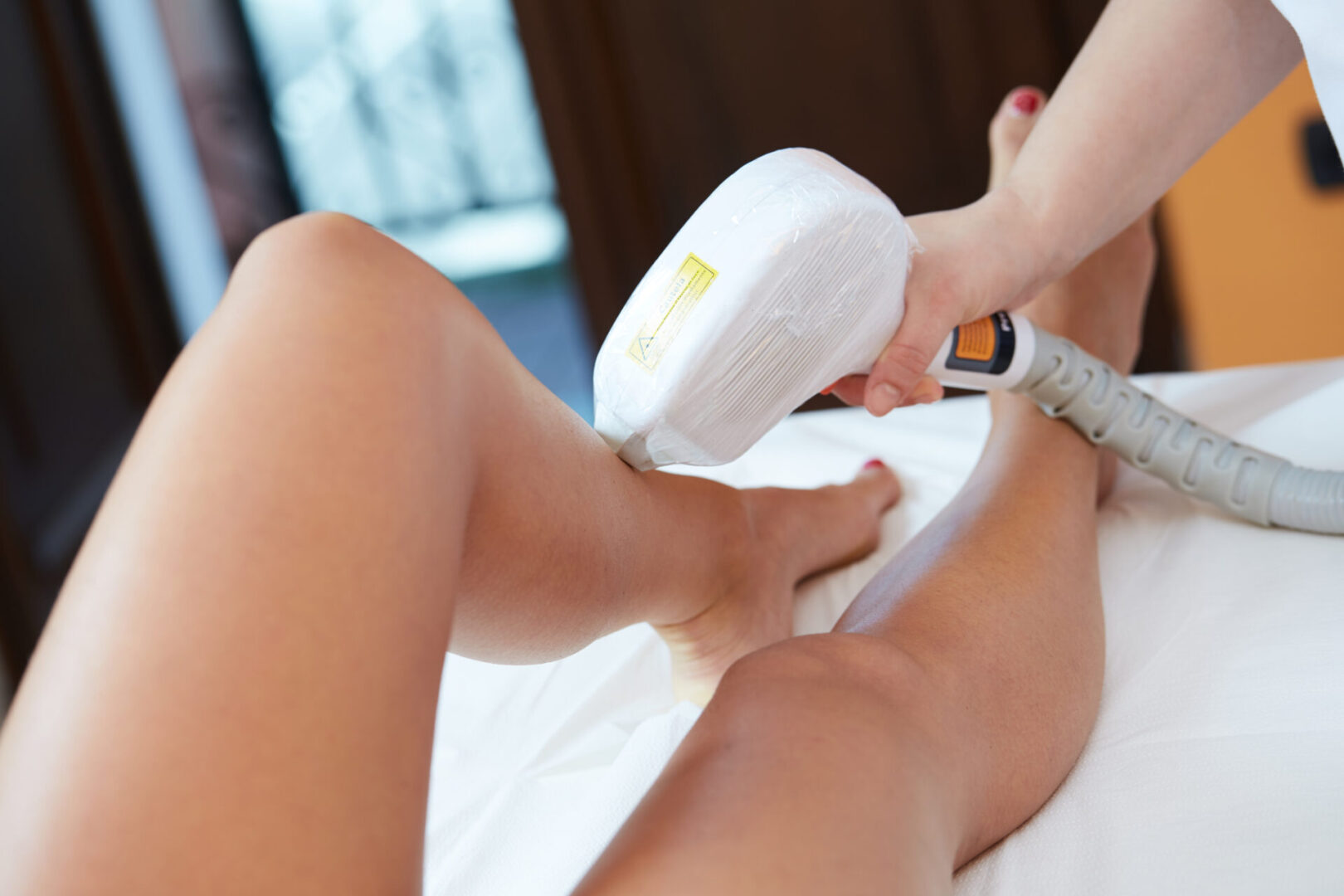